This project of creating a photorealistic watch has been an interesting one for me. While designing it, I have learned many new tools and techniques to improve my skills in Adobe Illustrator. The most prominent of which was determining the proper use of gradients.

I have worn a watch since fourth grade; I had my watch synced with the bell schedule so I would be able to count down the bells. So I figured it would be fun to create my watch. This is the watch that I chose to use. It is my current watch, and I figured it would help me visualize it if I had it physically with me as well. 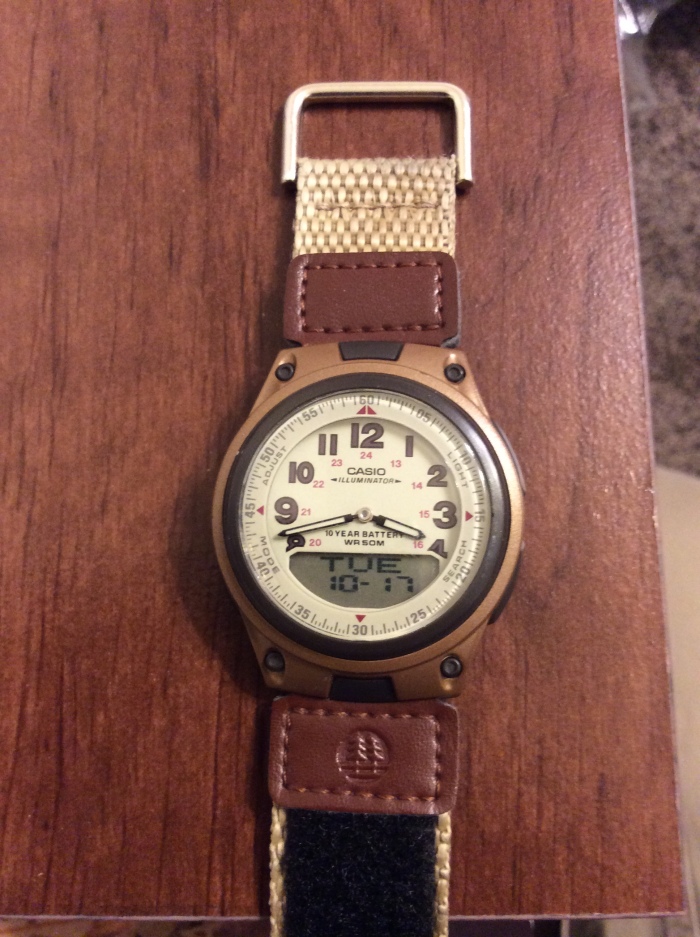 As I said, I have worn a watch since fourth grade, so I thought that I knew what a watch looked like. It was surprising to discover, however, that there are many different facets and pieces of watches. Especially since I had to use shadows and highlights to show contrasting surfaces. It was especially interesting because I chose to do a watch that had both analog and digital faces. There were different things I had to do for the various types. 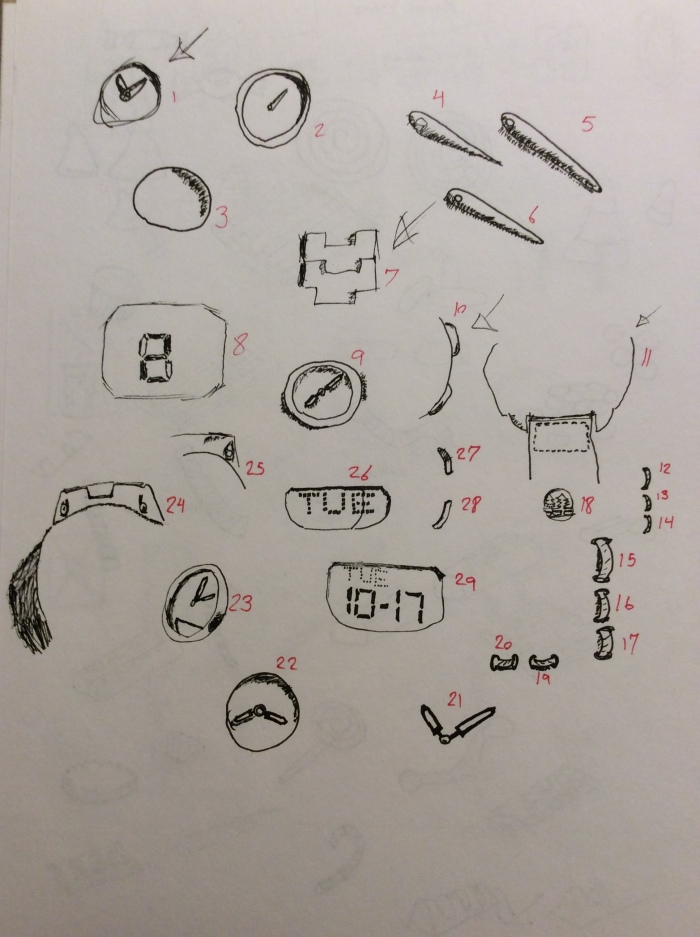 As mentioned, I had little experience with gradients before this, and I hesitated to dive into the use of gradients, so for a while, I couldn’t get my watch to look photorealistic. It wasn’t until I started applying gradients that it improved.

I started out very basic with the face. I added shadows very early on and had to work with those throughout the process.

Making the main body of the watch is what got me moving forward, once it looked like a watch, I found it easier to orient everything.

I created the numbers of the hours rather than typing them, so I had more control over their size and shape. This proved to be useful, especially as the four and the eight needed to be cut off by the screen, (as seen in the next picture) and having them be shapes made that far simpler. I was having trouble though because it still looked like a vector graphic. This was when I decided to start using gradients.

Adding gradients made the watch look a lot more realistic. After toying with it for a while, I was able to improve the appearance. I also made the digital screen at this point.

The threads and the velcro were challenging to make, I had to take a picture of velcro, and by using three different thresholds in Photoshop and tracing the images I was able to create the impression of Velcro. I also started emphasizing the shadows and highlights more.

I added some finishing touches, and my watch was done. I enjoyed doing this assignment, even though it was time-consuming. Mainly because it gave me the confidence to create complex things in Adobe Illustrator. Which I believe was the purpose of this assignment. Included below is an image of the original picture, the outline of my watch, and the final vector.